A GERMAN glamour model has unveiled her extreme mahogany skin tone after having just three tanning injections – and says she wants to look “African dark”.

Martina Big, from Trier, Germany, gained notoriety after having a ‘blow-up boob job’ that pumped her chest to an incredible size 32S.

The 28-year-old ex-air hostess now has no plans to curb her tanning addiction and admits she is still using the 50-tube sunbed that is installed in her home so she can look darker.

Martina, who stunned viewers with her appearance on This Morning today, said: “Nine weeks ago, I had just three tanning injections.

“I was not expecting to go so dark but it worked so well. I love it and I really want to push it to the extreme.

“Now I just want to get darker and darker and see what the limits are. I love the contrast of my bright blonde hair and my dark, crispy brown skin.”

Martina loves seeing the reaction of people in the street to her bold look.

“I can see their big eyes when I walk past and their shocked faces, thinking ‘how is this possible?’” she said.

“At first, my fans were irritated, saying ‘why did you do this?!” but that is because they have never seen a white girl change her skin to African dark before. 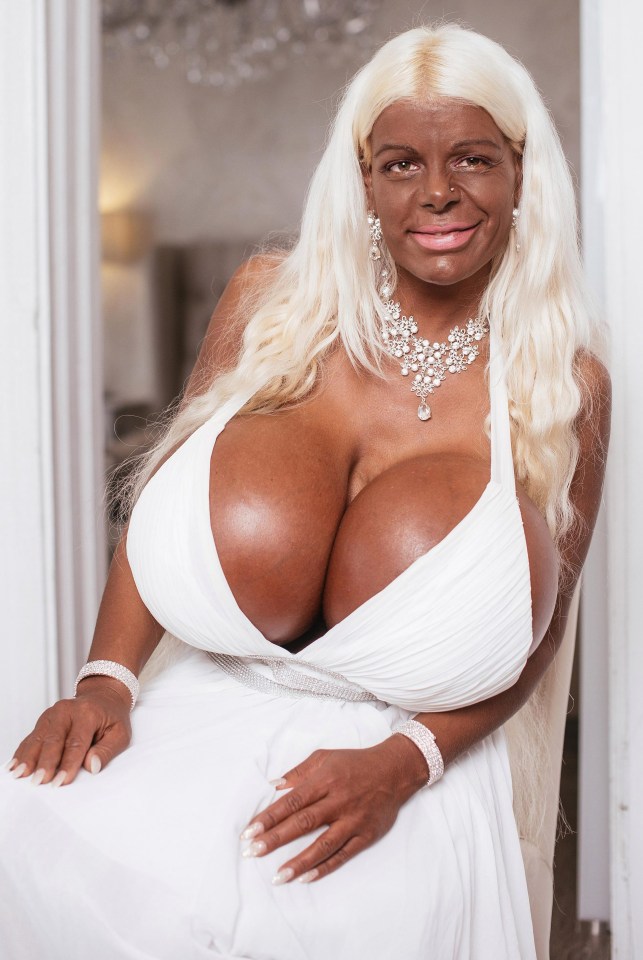