Actress Mercy Asiedu has disclosed that her husband and herself enjoy sex and that not a single day goes by without them enjoying the act. 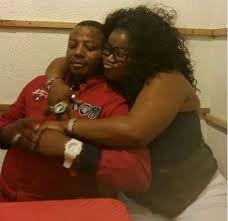 According to her, her body belongs to her husband and vice versa and they choose to use it for the purpose they deem fit and since they are youthful they will not stop enjoying sex.

“We have sex almost every day. As for us, we don’t wait for the weather to decide on when to have s3x when we are in bed and the feeling arises, we also arise to the occasion. 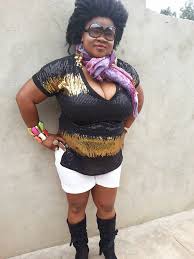 We do it almost every day. Even we would have done it before I came but the time you came to pick us was too early that is why we have not done it but we will certainly do it when we get home,” the actress told Delay on the ‘Delay Show’. 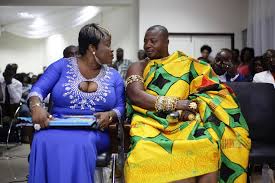 She indicated that she is aware other women will certainly want to snatch her man from her but is hopeful to clinch onto him for the rest of her life and that she is certainly not giving up on him. 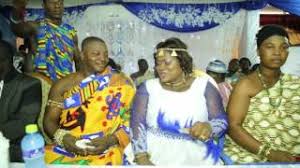 Mercy Asiedu revealed that she will in a matter of days start her production house to also help contribute to the growth of the Ghana Movie industry.
Mercy Asiedu, a mother of two got married Nana Agyemang Badu who fell in love with the actress through her movie ‘Asoreba’.

The President, Nana Addo Dankwa Akufo-Addo has settled on Ms Justice Sophia A.B. Akuffo, as his choice for the position of Chief Justice, to take over from Mrs Justice Georgina Theodora Wood, who retires on June 8, 2017.

Graphic gathered that President Akufo-Addo will today [Friday] announce and present her name to Parliament for approval.

The Council of State has already approved her nomination, and Ms Justice Akuffo has also been presented with her nomination letter.

Ms Akuffo, is the next most senior on the highest court of the land after Mr Justice William Atuguba, who is billed to retire soon.

NOW CHECK OUT SOME OF THE COMMENTS ABOUT HER APPOINTMENT :

Joyce Dzidzor Mensah, is a Ghanaian citizen many Ghanaians believed was HIV positive and identified for 5 years as an official HIV/AIDS Ambassador for Ghana AIDS Commission, Mourn the late husband…

Eddie, Prince and I had to shave our hair to mourn you as your tradition demands.

Prince wish you could continue bathing him as you loved to do. Rest in peace

Joyce Dzidzor Mensah, is a Ghanaian citizen many Ghanaians believed was HIV positive and identified for 5 years as an official HIV/AIDS Ambassador for Ghana AIDS Commission.

Five years later, she came public to say her HIV status was a sham – thus, she never contracted the deadly disease. Explaining herself, she said she did what she did to help the AIDS Commission create awareness for the dreaded HIV/AIDS virus – plus she was treated as Ishmael by family and friends.

She later changed her story and indicated that she was HIV positive but had been cured. She went into hibernation only to resurface with another story cynics may consider cock and bull.

Resorting to her official Facebook wall, she shared how a man she was married to, died recently and how the UK Embassy, has banned her from entering UK. 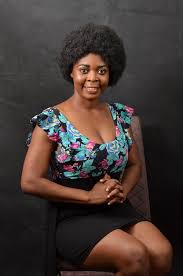 My story. My story never ends. O yes it will not end until my last breath…. I met a man at age 19 and got pregnant for him. He allegedly died of AIDS in 2007. He died when I was still pregnant. After giving birth I was thrown out of the house by my neighbors because I was tagged with AIDS.

I was on the street, no food, no money. I then started to talk about AIDS and premarital sex from the street to the churches until the Ghana AIDS commission officially made me an ambassador to educate people on AIDS. O.I.C.I also gave me enough training on public speaking and HIV education.

The AIDS commission letter terminated my appointment after using me for videos advert and Billboard only because I sung during an interview on gtv. They left me without paying me for my work. My son started suffering of stigma due to my program with the AIDS commission and so I denied every story I ever shared just to protect my him.

The man I got married to in 2010 only wanted an opportunity to travel outside Ghana and so when the opportunity came, he grabbed it through me, saying goodbye to Ghana and now he lives in London. Because of him, I’ve been banned from traveling to UK.

Our marriage ended with a baby girl. I met Edmund Akaniru in 2015 when I was working on my series. He worked for me as a camera man and we started going out. I told him I had two kids and I was 27. He said he loves kids and he was also 27.

I asked him if he wasn’t bothered about my HIV issues in the media and he replied “no I don’t care” he moved in with me and also shared his story with me. One day he came home with huge sums of money but went back with the money and returned empty handed.

He never told me where he got that money from. Few months later he told me he was a fraud boy and he used to do hacking. He explained to me how he and his friends hacked into MTN mobile money account and made so much money he later said the police was then after him and that was why he moved in with me.

One of his friends was arrested and his family paid fifty thousand Cedis to MTN out of the money they spent on alcohol, Drugs and women. He said he had changed and was never going to do internet fraud anymore. He said his father was a Nigerian and mother was half Ghanaian half German. But I later found out it was not true, both parents were Nigerians.

I had gotten pregnant for him and had a baby boy in 2016. After some time, truth about Eddie started to unveil. Eddie was 21 year as at the time I met him and not 27. I got angry with him and said to him I don’t want any small boy. He said age was just a number.

Later in 2016 Edmund started keeping late and sometimes returned home following day, there was physical and emotional abuse because I couldn’t give him money when he asked. December 2016 he started falling sick and treatment at kaneshie polyclinic didn’t work so I took him to a different hospital. 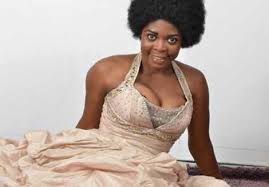 No doctor was able to diagnose him since all the tests conducted showed he was medically ok but no blood in his body. His family later took him to Nigeria and since his mother was a doctor I hoped it would be much better. But unfortunately nothing was diagnosed in Nigeria unless very low or no blood in his body.

I kept checking on him and he was later taken to prayer camp where he told me his aunt was behind his strange sickness. Eddie also apologized to me for being the cause of all my downfall. But I forgave him. No matter what, I still loved him. But sadly, I received a call that Eddie had passed on on the 7th May 2017 and was burried on 8th may 2017. 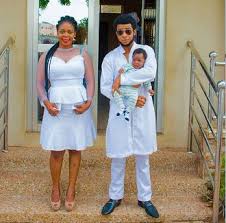 Yes. Once again Joyce Dzidzor has lost a man. Eddie died at 24 and I just turned 30. the story of the general public as usual, name calling and accusing fingers pointing at Joyce. But what can I say?? Sorrows last for the night but joy surely comes in the morning. My story continues……?….

Rev. Dr. Ebenezer Adarkwah Yiadom popularly known as Prophet 1 or better still Opambour has fire shots at Ghanaians concerning their attitude to the distaste of made-in-Ghana products, goods and services.

The founder and leader of Ebenezer Miracle Worship Centre was on Sunday (7th May, 2017) live on Prophet 1 television shared his sentiments on pertinent issues that are killing the progress of Ghana when he was interviewed by Osofo Chief.

The self-acclaimed nation prophet was pissed-off concerning why miracles performed by Ghanaian men of God are attributed to evil sources. However, when European prophets perform the same miracle, it becomes an unprecedented achievement to Ghanaians.

To him, he can’t figure out a single miracle he has not performed since he started his pastoral ministry. But Ghanaians have pretended as if they’ve not heard or seen the wonderful things he is doing.

When asked about his view on the rampant telenovelas that are circulating on our major television stations, he lamented and described the influx of soap opera as unfortunate.

According to the nation Prophet, the so called Kumkum Bhagya is causing a lot of problems in marriages. Simply put, majority of Ghanaian women who are addicted to Kumkum Bhagya will finish watching the segment before they’ll prepare food for their husbands or give them the needed attention and care.

He opined that, the influx of telenovelas are killing our movie industry especially Kumawood. To him, we have finest movie actors and actresses in Kumasi who are willing to produce movies to portray our rich cultural heritage.

Sadly, after incurring huge cost to shoot movies, Ghanaians have decided not to buy them but rather telenovela with archaic story lines. He added that there’s a serious devil at work among Ghanaians for embracing everything white as good.

Prophet 1 humorously concluded that, our people have developed a serious distaste to local goods to the extent that our men no longer loves Ghanaian ladies but Cote d’Ivoire, Nigeria, China and the likes. Maybe, he was making references to Elikem Kumordzie and Chris Attoh who are married to Zimbabwean and Nigerian ladies respectively.