The Drunkards Association of Ghana will be in Germany in October 2018 to represent Ghana in this year’s Beer Festival also called Oktoberfest.

The invitation, according to the President of the group, Moses Onyah popularly known as Drybone is due to their vibrancy in the country.

“We are very elated for the recognition by the Germany government even though we have been condemned by Ghanaians”, he stated in an interview on KOFI TV.

The Oktoberfest Munich is one of the largest festivals in the world and attracts some 6.4 million visitors a year. The beer festival held in Munich will run from September 22nd to October 7th 2018 and drunkards from our country are hoping to make Ghana proud.

Moses Drybone maintained that, their participation will not only attract investors but also strengthen Ghana’s relations with Germany.

“We will be going to Germany with some of our local liquors to promote them”, he added. 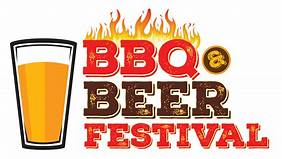 Moses Drybone also appealed to President Akufo-Addo to promote Planting Palms for Drinks for them to get quality liquor to consume.

Ghana’s most controversial female personality, Afia Schwarzenegger has gone naked to celebrate the birthday of late Ebony Reigns who perished in a gruesome motor accident.

Yesterday, February 16, 2018, Ebony Reigns born Priscilla Opoku-Kwarteng would have been 21 years if she was alive.

The ‘know no shame’ presenter in the video is seen walking majestically whiles talking on phone with the latest track ‘Konkonsa Police’ of the deceased playing in the background.

At a point in the video, Afia Schwarzenegger gave a 360 which gave a full view of her natural assets. She, however, advised her fans and followers to also record a video of themselves and tag her.

Ahh well, watch the video below and tell us what you think it has came over Afia.

Former Hearts of Oak star Bernard Dong Bortey has warned the club they risk demotion from the Ghana top-flight if they fail to pay him his GH¢7,000 arrears.

Bortey claims the oustanding salaries and bonuses which stretches back to 2004.

The clubless player is in dire need of money to pay the medical bills of his mother who is on her sick bed according to reports.

Bortey says the repercussions will be dire for the club if they fail to come to his aid.

”I can’t lie against Hearts of Oak, they owe me GH¢7,000 and must pay me before my mother dies else something terrible will happen to the club,” Bortey told Otec FM.

”If they don’t owe such an amount, they should not pay the money and see if they can win the Ghana Premier League or survive relegation and collapse. ”What I’ve done for them, no player can do that in recent times. What Shamo Quaye did for Hearts of Oak, I came to continue and nobody has been able to better it since.

This is the Wheelbarrow Sex Position.

It requires alot of energy but Charlie, it’s nice paaa, it allows the penis to do excursion in the vagina.

😋.Try it tonight and you’ll love it.

Make Ur woman bend at the waist and place her arms on the edge of the bed, raise up her pelvis by the thighs and then enter her from behind with some rhythmic atopa..This gives deep penetration ankasa. It can be executed with ur woman on the floor if your heights complement it.

For ur woman not to get too tired, let her rest her forearms on her pillow.She should lift her head periodically so that blood doesn’t rush to her head…y3np3 as3m bias!!!

Massa, this sex position is not for the faint of heart Ooo so if you don’t have stamina aa

💪 then do ur missionary nu saaa wai!

⚠: To my Ladies, I said bend ur waist, I didn’t say go and practice acrobatics on somebody’s bed, then again don’t try this if you’re an Ab3 nkwan lover

And to the men with table top fridge penis nu, we beg don’t go and disgrace ur family. This is for the Men with double decker penis so stay away and save ur heart.

I’m off to church…Wishing all a happy wheelbarrow weekend.

Ur Only Virgin
Akosua